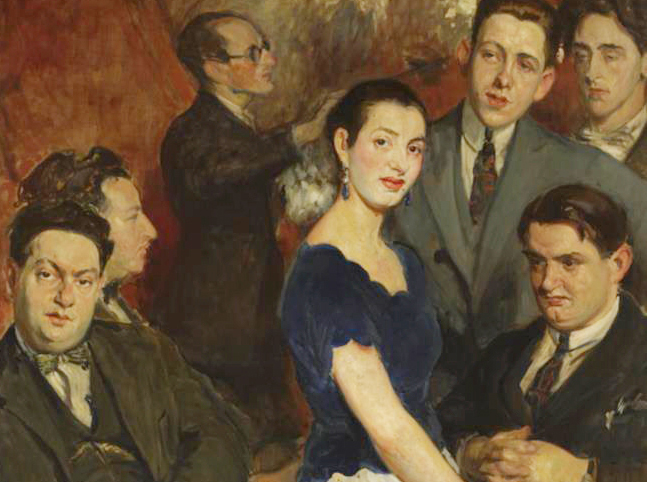 LAWRENCE — He composed the music for 120 films, including Jean Cocteau’s “Beauty and the Beast.” He was a fixture of the Paris avant-garde between the wars and part of the so-called “Group of Six” composers there, along with Darius Milhaud, Francis Poulenc and others. He was a communist, then an anti-fascist and finally a leading arts advocate on the international stage. He hit the top of the pops with the title song from “Moulin Rouge” in 1953.

But there has never been a major biography of Georges Auric until now.

Colin Roust, University of Kansas assistant professor of musicology, was recently awarded a $6,000 Franklin Research Grant from the American Philosophical Society, which will allow him to travel to France and Monaco this summer to complete his research on the book “Georges Auric: A Life in Music and Politics.” It is expected to be published by Oxford University Press in 2018.

“I’ve been fascinated by Paris between the wars,” Roust said. “There were artists of all kinds and from all over coming together, hanging out together at the Ox on the Roof bar, and Auric was one of them.

“I learned about him in graduate school, but almost nobody had written about him. He is mostly known as a member of the avant-garde Group of Six. But he also composed a lot of film scores, and he appears in the footnotes and margins of almost every book on 20th century French music.”

Not only is Auric’s artistic output worthy of documentation, but so, Roust said, is his political and commercial evolution.

“During the 1920s, he was a nationalist and an ultramodernist,” Roust said. “In the ’30s, he became a communist. During World War II, he was part of the Resistance to the Nazis. In the post-war era, he became an arts administrator. He ran the Paris Opera for six years and SACEM (Society of Authors, Composers and Editors of Music), managing music copyright royalties for 30 years. He worked with UNESCO and was a delegate to two revision conferences for the Berne Convention, the treaty governing international copyright agreements.”

And all the while, Auric never stopped composing.

“He’s a musical chameleon,” Roust said. “He adapts his music to whatever style his collaborator wants.”

“‘The Song from Moulin Rouge’ topped the 1953 Billboard charts,” Roust said. “Percy Faith and Mantovani had the biggest hits with it, but it’s been covered almost 200 times. My personal favorite version is by Willie Nelson from his 1988 album ‘What a Wonderful World.’”

While at SACEM in 1957, Roust said, Auric played a major role in shaping the first French copyright law since the revolution.

Roust has been to France and Britain already, researching in the archives of the British Film Institute and elsewhere. This spring, through a Big 12 Fellowship, he will also enjoy a residency at the University of Texas, where the Harry Ransom Humanities Research Center preserves one of the largest collections of Auric’s correspondence. During these archival visits he says he has made discoveries “that no one has ever written about before.”

“What we know of his childhood comes from his memoirs, but he’s selective,” Roust said. “I’ve been able to find out more about his family, especially their role in the 1848 French Revolution and the 1907 Viticulture Revolt.”

Roust’s 2017 trip is scheduled around a visit to Auric’s second and final wife, who is allowing Roust to comb through the late composer’s surviving manuscripts.

“I am finally going to get a look at the scores for films that I or graduate students have transcribed by ear,” he said.

Roust is also working on a critical edition of some of Auric’s unpublished songs. Roust and Towson University Professor Emeritus of Music History Carl Schmidt are editing and working on an introduction to a series of 11 songs from a set of 18 (seven were published) that Auric and a poet friend collaborated on in the 1920s. They have yet to shop the work to a publisher. With the British pianist Julian Jacobson, he is also planning a three-disc recording of Auric’s complete works for piano.

“He was the top composer in France and England in the postwar period,” Roust said. “He became the go-to guy for international films from Hollywood, and yet he is so overlooked. The more I research, the more places I find him and his influence.”

School of Music News
END_OF_DOCUMENT_TOKEN_TO_BE_REPLACED
School of Music Calendar
Why KU
Apply »
Music students present hundreds of public concerts every year
Students perform in KU choirs, concert bands, pep bands, ensembles, symphony orchestra, and jazz combos
The school owns one of the greatest jazz record collections in the world
KU Wind Ensemble performed the world premiere of the symphony "In the Shadow of No Towers" at Carnegie Hall
One of 34 U.S. public institutions in the prestigious Association of American Universities
44 nationally ranked graduate programs.
—U.S. News & World Report
Top 50 nationwide for size of library collection.
—ALA